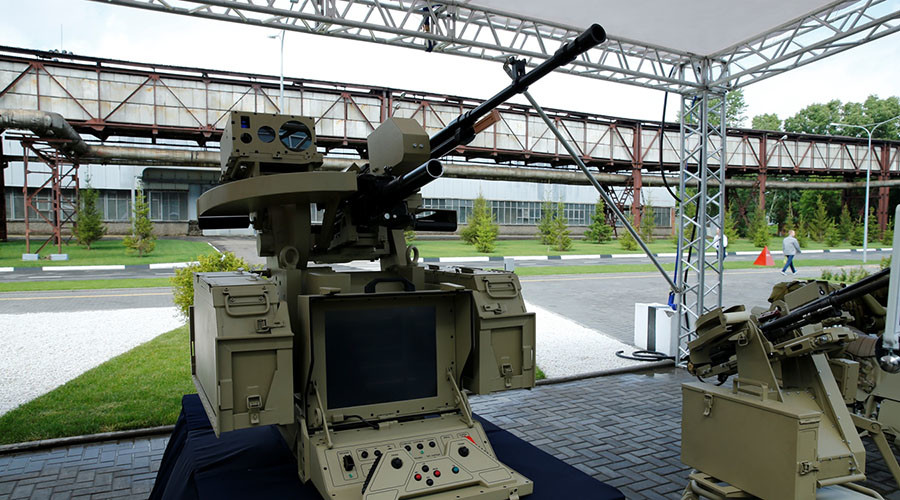 I remember Terminator, and I understand why Elon Musk is a little concerned. We are well on our way to autonomous robotic soldiers and this automated combat module is just the beginning…

The Russian Kalashnikov arms manufacturer has developed a fully automated combat module based on artificial neural networks, which allows it to identify targets, learn and make decisions on its own.

Hate carrying luggage? This hands-free suitcase will follow you around – But will it be banned?

The robotic suitcases come in a variety of sizes and colors. Image source: Travelmate Robotics.

Interesting, a “fully autonomous suitcase”. I wonder if they’ll be banned in airports. I can see people tripping over them. I think we identify the location of someones suitcase, at least partially, by their body position, e.g. your arm reaching out to pull it and/or push it. I’m also always weary of advertised battery life as well, if they say 4 hours, given my experience, you’re probably likely to see 60% of that. All that being said, my wife would love not toting a suitcase around. 😉

Source: Hate carrying luggage? This hands-free suitcase will follow you around and respond to your commands – Electronic Products 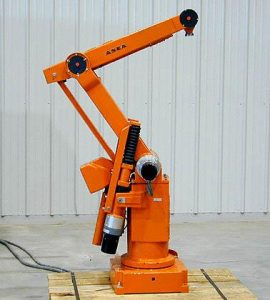 An article published on Forbes.com in late June reminded me of a plastic model my father brought home in the 1980’s. The model was an IRB industrial robot by the now ABB company. He was overseeing the implementation of the these robots into Benteler Corporations assembly line.

The article on Forbes talks about how AI may augment the role of tutor; or perhaps like the industrial robot, replace the tutors role all together.

Anand Rao – PwC Head of AI, and Data & Analytics is quoted saying; “the human is still in the loop. Both humans and AI are learning, teaching each other. We will see more combination of man and machine in every sector.”

When, I read things like this I’m reminded of the blue-collar worker, of whom I knew many back in the day, who weren’t educated to “team up” with the robots, they knew how to do the robots job, not design and/or repair the robot…

I think the following quote for Rao says it clearly ““AI can shift human tasks from menial to strategic, freeing up time for innovation and the broader, bigger-picture thinking that can lead to transformation.”

The problem is, those workers only the know that once “skilled” labor which is now being called a “menial” human task…

Here’s an interesting chart that shows “Among 2,500 respondents, 58% saw tutoring by AI bots displacing real people in five years, even more likely than that of human tax preparers (54%), health coaches (46%), or doctors (22%).”

Notice even Federal governments are threatened by AI as their tax revenue could be severely diminished. How do you tax a robot’s income? 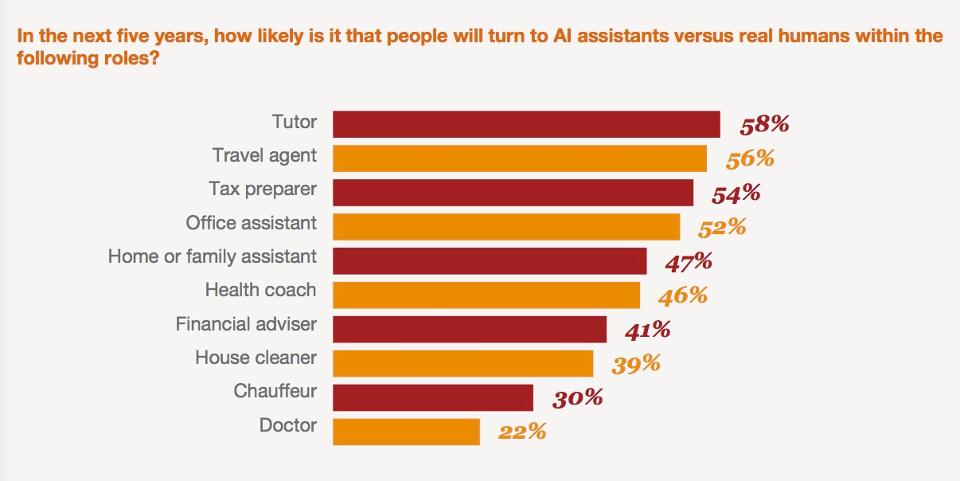 How likely AI will take over real human roles – From Bot.me: A Revolutionary Partnership

P.S. You can buy one those now “vintage” industrial robots for about $1500 on ebay.